New research on the demise of the Mayan 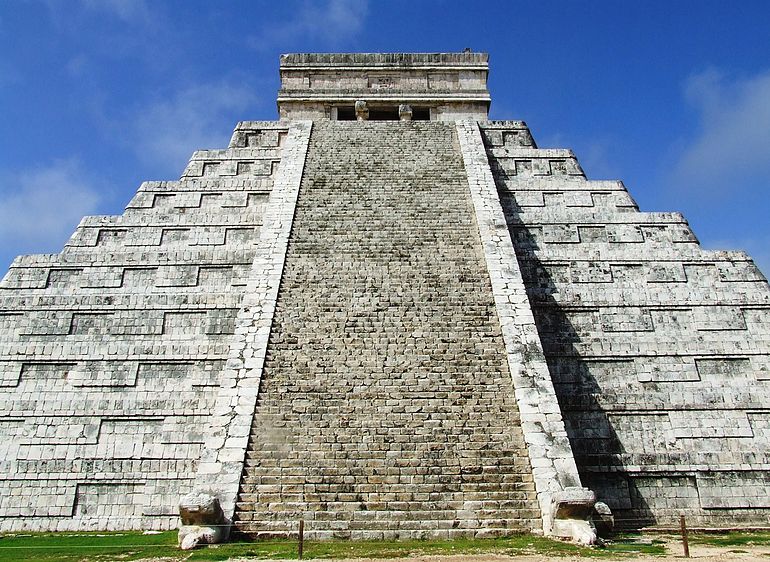 A new paper published in the journal Science on the demise of the Mayan, shows that the climate changed and they were unable to adapt.  The research shows Maya culture thrived in wet seasons and fell apart when the rains ceased.  By analyzed stalagmites from a Belizan cave, researchers were able to show the Mayan expanded during wet periods, and declined during dry periods.

The role of climate change in the development and demise of Classic Maya civilization (300 to 1000 C.E.) remains controversial because of the absence of well-dated climate and archaeological sequences. We present a precisely dated subannual climate record for the past 2000 years from Yok Balum Cave, Belize. From comparison of this record with historical events compiled from well-dated stone monuments, we propose that anomalously high rainfall favored unprecedented population expansion and the proliferation of political centers between 440 and 660 C.E. This was followed by a drying trend between 660 and 1000 C.E. that triggered the balkanization of polities, increased warfare, and the asynchronous disintegration of polities, followed by population collapse in the context of an extended drought between 1020 and 1100 C.E.

The lack of moisture led to a lack of crops, which led to instability. Between C.E. 800-900, many cities fell. The team analyzed historical records inscribed on well-dated stone monuments to chronicle this collapse. You may read more on Popular Science‘s website.

So that’s what happens to a society that ignores Climate Change.

This site uses Akismet to reduce spam. Learn how your comment data is processed.